Home / Archives for Dinner Party
“Everyone loves a good lasagne, but I have to say this one really is very special. The stages of making the pasta and roasting the duck, then pulling all the meat off for the wonderful ragù sauce, are fun, simple and a real labour of love. This dish is going to create memories.” (Jamie Oliver, 2014)
Serves 8 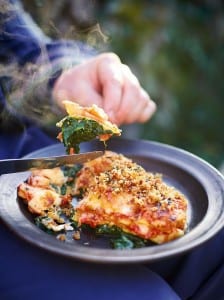 Thank you for supporting our small family business 🤗🤗 Dismiss